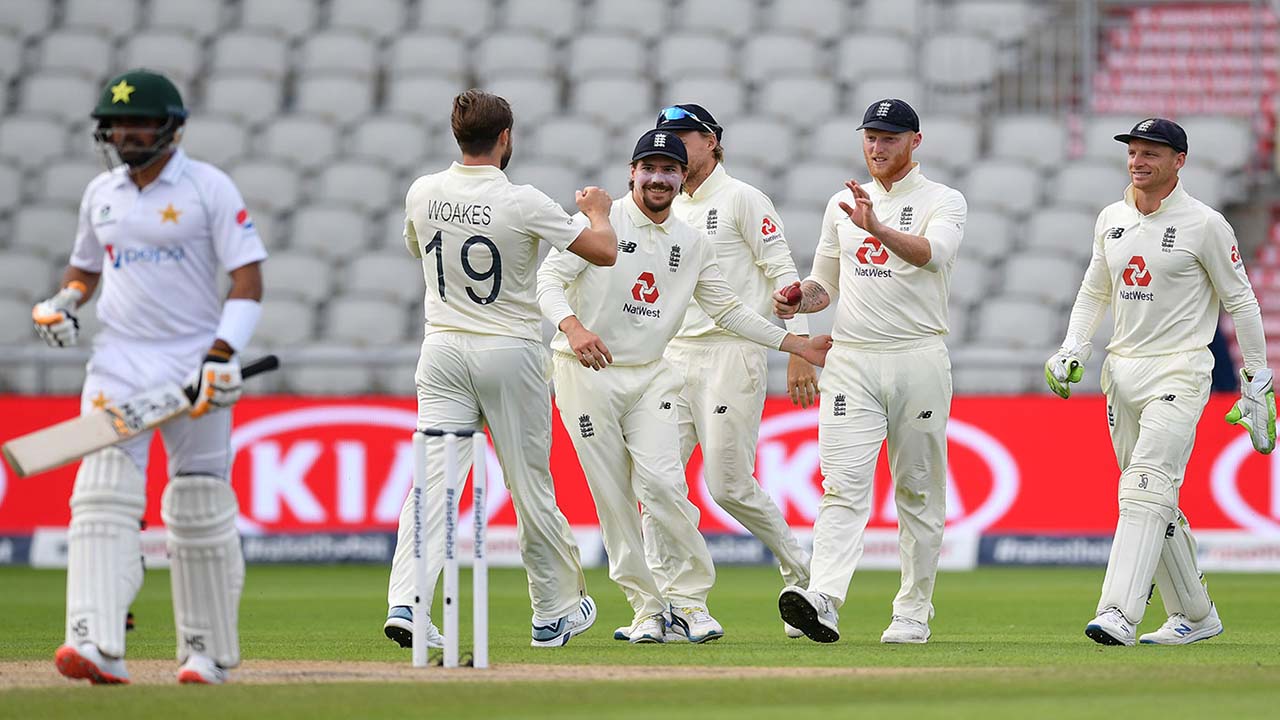 Ben Stokes provided the spark as England stayed in the hunt for victory in a gripping first Test against Pakistan.

Picked just as a batsman for this match due to a niggling thigh injury, Stokes made a frustrating duck in England's first innings, but he stepped out of the slips to take the ball and pick up two prized Pakistan wickets.

Day three at Old Trafford ended with Pakistan on 137-8 in their second innings, 244 runs ahead of England.

However many more runs Pakistan add on Saturday morning, England will face a tough task to chase down their target, but they still have hope.

The home side had hope at the start of this day too, and they also had Ollie Pope, but England's new middle-order star added just 16 to his overnight score to be out for 62.

From a precarious 92-4 at the start of play, England were dismissed for an underwhelming 219, thankful again to Stuart Broad (29 not out) for some lusty lower-order hitting as the tail was soon exposed.

Pope fell to a scorching delivery from Naseem Shah, the ball leaping up off the pitch and catching the splice of the bat, arrowing low to Shadab Khan at gully.

Leg-spinner Yasir Shah removed home captain Joe Root on day two and began to make his presence felt again, bowling Jos Buttler (38) and Chris Woakes (19) either side of having Dom Bess snaffled at slip by a leaping Asad Shafiq.

Armed with a 107-run first-innings lead, Pakistan found England's pace attack troubling, with Shan Masood following his first-innings 156 with a duck, nibbling at a ball slanting across him and down the leg side from Broad, clipping through to Buttler.

Bess had Abid Ali caught in the deep by Woakes, who then made a key impact himself by having Babar Azam taken at slip by Stokes and Azhar Ali trapped leg before.

Dom Sibley got rid of Asad Shafiq (29) with a smart run out, but Pakistan were beginning to stabilise when Stokes entered the attack.

He claimed a wicket with his eighth delivery when he got Mohammad Rizwan (27) out lbw, then Broad had Shadab Khan in the same manner.

And shortly after 19:00 local time (18:00 GMT) Stokes struck again, a short ball accounting for Shaheen Afridi, the batsman lobbing one up for Rory Burns to take a safe catch.