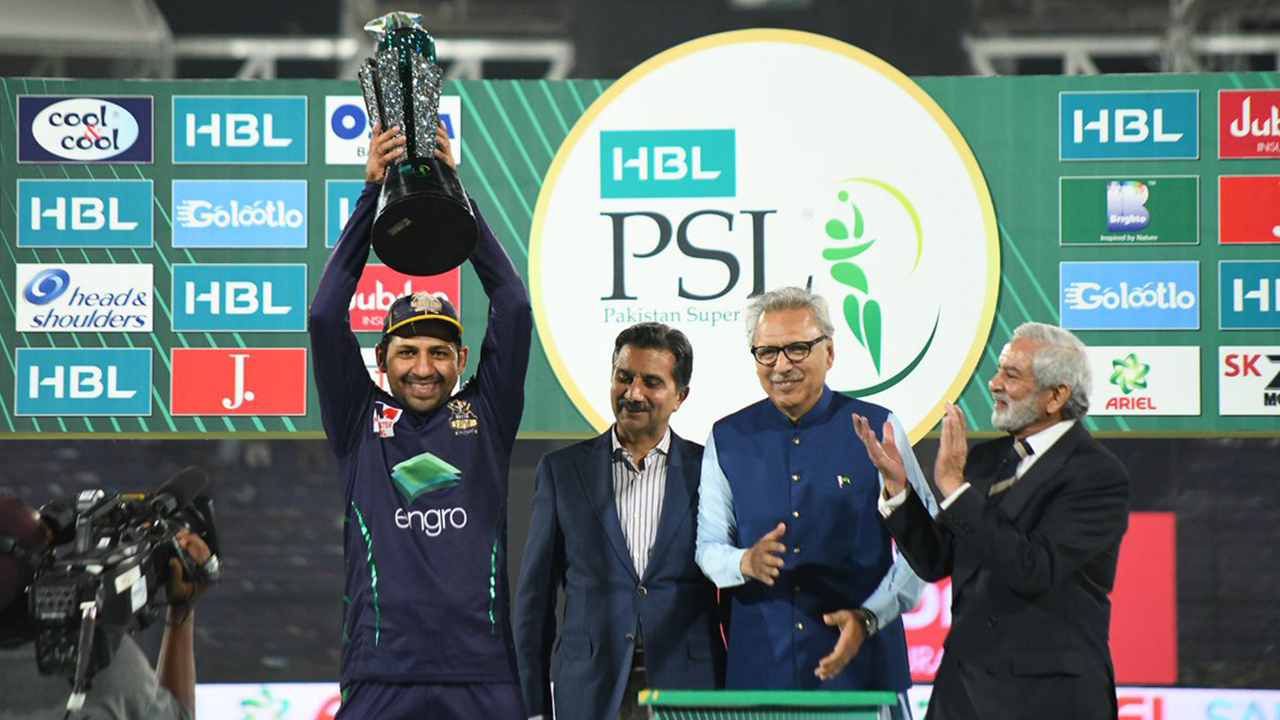 All future Pakistan Super League matches could be played in Pakistan after the last eight games of the 2019 edition went smoothly in Karachi, said PCB chairman Ehsan Mani in the closing ceremony ahead of the PSL final.

Quetta Gladiators thumped Peshawar Zalmi by eight wickets on Sunday to lift their maiden PSL title in an electrifying atmosphere created by a crowd of 32,000 fans at the National stadium.

"Today is a historic day," said Pakistan Cricket Board (PCB) chairman Ehsan Mani at the closing ceremony on Sunday.

"Around 230,000 people have watched matches in Karachi which indicates that Pakistan is a safe country and we are gradually returning to normal as far as hosting cricket is concerned."

Sri Lanka are in discussions about playing two Tests in Pakistan in October and talks are also taking place with Bangladesh about a tour in early 2020.

"I thank all the foreign players who came here and I hope to see them here for all the PSL matches next year," said Mani.

Peshawar were restricted to 138 for eight in their 20 overs as young Mohammad Husnain finished with three for 30.

Quetta raced to victory with eight wickets in hand with Ahmed Shehzad (57) and Rilee Rossouw (38) putting up a 73-run stand to see the Gladiators home comfortably.

The first 26 matches were held in the United Arab Emirates, which has been Pakistan's home venue since an attack on the Sri Lankan team bus in Lahore 10 years ago.

Pakistan hosted Zimbabwe for five limited-over matches in 2015 which was followed by the PSL final, three T20Is against a World XI and a single T20I against Sri Lanka.

Last year, Pakistan hosted three PSL matches and the West Indies side for a T20 series.

"I thank the people for coming in big numbers," Pakistan and Quetta captain Sarfraz Ahmed told the crowds at the pre-match toss.

"We have sent a clear message that Pakistan is passionate about cricket and we are ready to host more cricket."

Watson said he had enjoyed playing for the first time in Pakistan, a country where Australia have not toured since 1998 over security fears.

"It's incredibly special to be able to play in front of incredible atmosphere and fans," said Watson.

"I have never played in such an atmosphere," said Sammy, who led West Indies to two World T20 titles in 2012 and 2016. "This proves that Pakistan is ready for more cricket."