The Proteas are touring Pakistan for the first time since 2007 and the much-anticipated Test series is due to start on January 26. Pakistan’s newly appointed chief selector Mohammad Wasim has named a 20-member squad for the series against South Africa, including nine uncapped players.

Seven players who were in New Zealand with the squad have lost their places due to poor form or just not in favour of the new chief-selector. Shan Masood faced the axe owing to his bad run with the bat which had three consecutive ducks. Imam-ul-Haq, Haris Sohail, Sohail Khan, Mohammad Abbas, Naseem Shah, Zafar Gohar were also excluded from the squad, which sees the likes of Kamran Ghulam, Tabish Khan, Sajid Khan, Saud Shakeel being rewarded for their performances in the domestic circuit.

While Shan Masood was sidelined for his consistent poor outings in overseas Tests, his opening partner Abid Ali has managed to retain his place in the side with a relatively better performance.

Also, Balochistan’s top-performer Imran Butt has been added to the squad as an opening batsman and Central Punjab’s Abdullah Shafique will join the duo as the third opener in the squad. The Chief Selector believes that Shafique is a better red-ball player and his poor show in the T20Is against New Zealand shouldn’t sideline him totally. So basically, the Men in Green will begin their home Test series against South Africa with a new opening pair.

One of the main things behind this whole selection policy was rewarding the performers of domestic cricket across formats. If we look at the middle-order batsmen announced for the upcoming series, there are three uncapped players named.

Kamran Ghulam makes it to the squad after a fantastic season for Khyber Pakhtunkhwa in QeA Trophy 2020-21. Ghulam scored more than 1200 runs in the recently concluded season, where the trophy was shared in a thrilling tie. He broke the 37-year old record for most runs in a season. Former U19 batsman Saud Shakeel is also recognised for his consistent performances in the past couple of years, finishing second to Kamran in the top run-getters this season, notching 970 runs in the process.

The inclusion of Salman Ali Agha is a breath of fresh air in this middle-order. Agha had a fantastic season in QeA trophy for Southern Punjab. He scored 941 runs in the entire season to earn his maiden Test call.

Basically, all top three performers with the bat of QeA Trophy 2020-21 are included in the Test squad against South Africa which highly indicates the direction this new selection committee wants to follow.

Apart from these youngsters, senior players like Azhar Ali, skipper Babar Azam and the veteran batsman Fawad Alam will complete the middle-order line up of Pakistan.

While the chances of the afore-mentioned senior players playing in the first Test are quite high, it would be interesting to see how the team management can accommodate one of the three batters in the middle-order.

There are only two all-rounders picked in the squad for South Africa Tests. Faheem Ashraf has retained his place in the side after a decent performance in New Zealand whereas Zafar Gohar has been dropped from the side after playing just one match against the Kiwis.

Wasim believes that Zafar was fast-tracked into the national side and he isn’t ‘ready’ yet for Test Cricket. Northern’s Mohammad Nawaz has been added to the squad after he showcased his all-round skills in the QeA Trophy.

Nawaz scored 744 runs in 8 matches for Northern with 5 half-centuries and one century. He averages 49.60 with the bat this season and he also took 22 wickets with the bowl.

So, the selection of Mohammad Nawaz is pretty much understandable and seems logical enough. It also indicates Pakistan’s plans of going with an all-spin attack against the Proteas.

As expected, the two wicket-keepers, Mohammad Rizwan and Sarfaraz Ahmed have been retained in the Test squad. While it is certain that Rizwan will be the first choice going into the Test series whereas Sarfaraz is the understudy to Rizwan.

As discussed earlier, the Men in Green are looking to take full advantage of the home conditions and it is possible to say that we might see turning tracks in both Tests in Karachi and Rawalpindi, making it evident from the fact that the veteran Yasir Shah is accompanied by two top-performing spinners of domestic cricket.

Nauman Ali of Northern gets his maiden Test call whereas off-spinner Sajid Khan of KPK is also rewarded for his outstanding performance in the recently concluded QeA trophy.

Sajid took 67 wickets in 11 matches whereas Nauman finished second to Sajid with 61 wickets in 10 matches. Yasir’s place in the playing XI is almost confirmed but only time will tell about the fortunes of Sajid and Nauman.

The pace bowling line-up of Pakistan is also completely overhauled for the upcoming series against South Africa. Only Shaheen Shah Afridi has managed to retain his place in the side whereas Mohammad Abbas and Naseem Shah have faced the axe.

The most fascinating inclusion in the squad is perhaps that of Tabish Khan who finally earned his maiden Test call after taking 598 first-class wickets. Hassan Ali’s comeback was on the cards after his fantastic and successful season for Central Punjab whereas Northern’s Haris Rauf has also been included in the Test squad for the first time.

The selection committee and the team management will shortlist 16 players out of these 20 and all of them will be available for selection for the first Test match at the National Stadium Karachi. 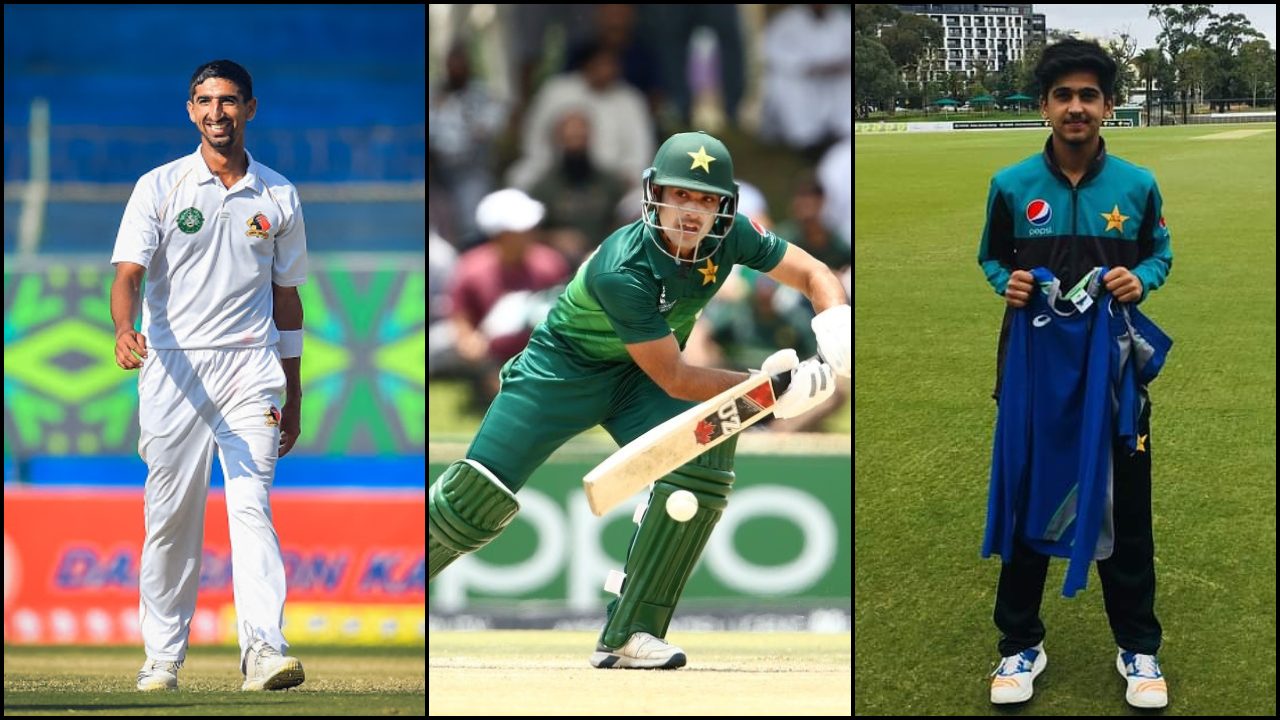