Disasters galore for Pakistan in the Down Under

Disasters galore for Pakistan in the Down Under Disheartened. Deflated. Disarrayed. Tarnished. Trampled. The state of Pakistan Cricket summed up in five words following a horrendous trip to the Down Under. Pakistan have been barely competitive on the Australian shores ever since that fateful evening in Hobart in 1999 when Adam Gilchrist and Justin Langer steamrolled Pakistan and clasped victory from the tourists’ claws.

Trudging into the world of cricketing archives, we come across some enthralling performances from the Greenshirts when they were in their most beguiling and brilliant touch. It’s immensely disappointing that a whole Australian generation is yet to come across a Pakistan XI that musters up a fight and take Australia by the horn rather than bowing down to the hosts. In the recently-concluded two-match Test series, Pakistan have been convincingly humiliated with back-to-back innings defeats. Their losing streak in Australia has now surpassed 14, the most for any visiting team in the history of Test Cricket.

This time, Pakistan touched down on the Australian soil after going through a major overhaul in their cricketing set up back home. It included sacking of the then skipper and coach as well as sidelining the mainstays of the team such as Mohammad Hafeez and Shoaib Malik. A whole new bowling attack was formulated, consisting of a bunch of a youngsters, one of them a 16-year old kid making his trip to the daunting Down Under.

The Babar Azam-led Pakistan were saved by the weather in their tour-opening T20I and were completely rolled by Aaron Finch’s men in the next two games that marked the return of David Warner and Steve Smith to Cricket at their home turf. The visitors stumbled into the Test series haphazardly with little to no preparations and experience under their belt.

Pakistan had a promising commencement to the series in Brisbane when they saw off the Australian pace attack in the opening hour or two. Unfortunately, it was destined to be one of the few sections of play throughout the whole series where Pakistan put up a show of resilience and application against the mighty Aussies. The rest of the two-match series was a mere one-sided affair.

They suffered a horrific collapse in the first innings at the Gabba and never recovered from there on as the returning Warner brought up an emotional century, partnered by the newly-found starboy, Marnus Labuschagne. As it turned out, the bowling department disappointed far more than their batting line.

As far as Pakistan’s tours of Australia are concerned, their 2016-17 trip to the country was infamously renowned as the worst for their bowling performances in Australia. The recently-concluded tour, now, wouldn’t be lagging behind by much. The heyday of reverse swing is long behind Pakistan. The sights of a Pakistani pacer ripping through Australia on a spicy track are all but a distant memory. Naseem Shah and Shaheen Shah Afridi provided divided glimmers of hope during the series but they proved to be too raw and unpolished for professional Cricket of this level.

Pakistan’s premier legspinner, Yasir Shah, had a tormenting experience, one that is not easy to scrape off from memory. Of the ten instances of most runs conceded in an innings by an overseas bowler in Australia, Yasir Shah alone has three entries at the top of the list. Although, the leggie brought up a consolation century with the bat, it’s his double-centuries with the ball in hand that would have proven to be too disheartening.

Pakistan’s batting line put up mini fights to the Australians but always ended up succumbing to the wounds of being exploited in the heat of Brisbane and then being left out there to field in the chilling cold of Adelaide. Babar Azam was the pick of the players as he once again showed that he is an improved Test player now and is hungry to notch up more in the longest format. Shan Masood showed good application at the top of the order but he will be gutted with himself for not going on to make it big for his country. Azhar Ali, the newly appointed skipper, however, proved to be an easy scalp almost every time he strolled out to bat. He is out of nick for quite a while now and his lean run is yet another entry in list entitled “Pakistan Cricket’s woes increment”.

Pakistan’s figures across all metrics in Australia were terrible, to say the least. They will need a major shift in moods and morale if they are to get their WTC campaign going and regaining back some face in International Cricket. What better to do it than winning in front of your home crowd, eh? We all eagerly await as the Greenshirts gear up to host their first Test series in ten years as a full-fledged Sri Lankan squad will be touring the country for a two-Test series from mid-December. As the months gradually drift by, the World T20 looms ever so close. It’s been a while the cricketing fraternity has had a festival of that grandeur... 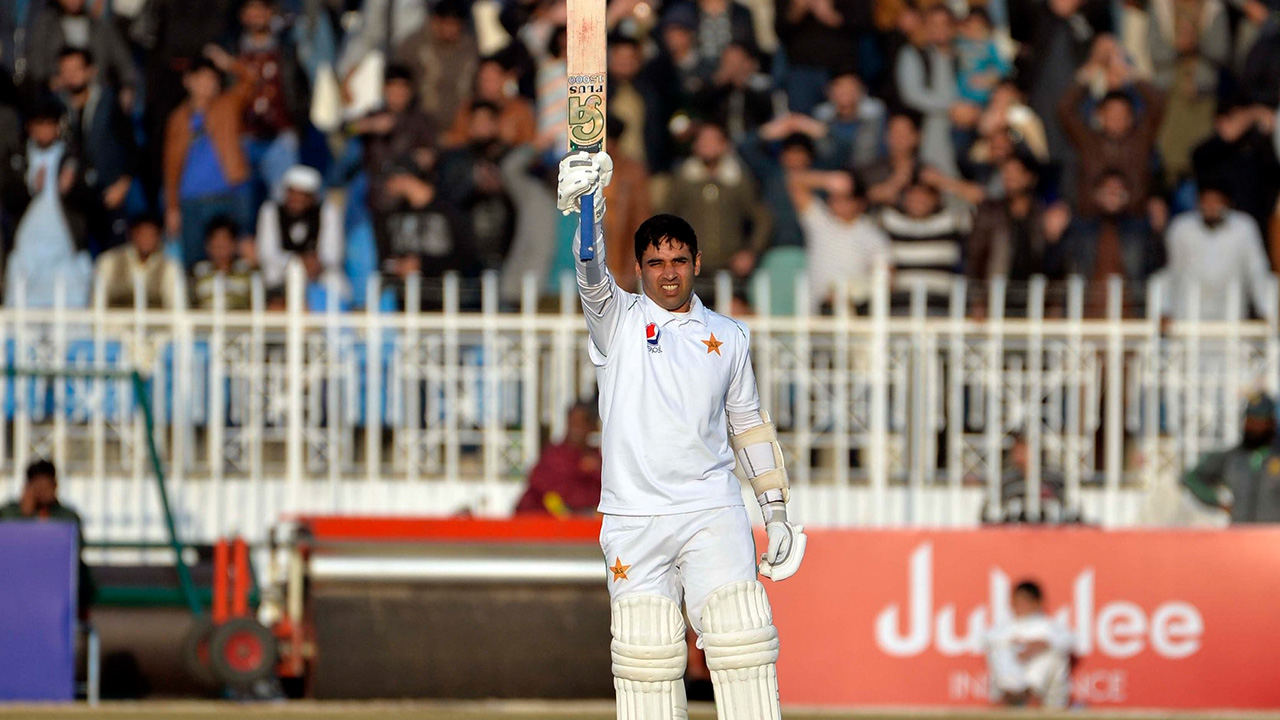 Knees sunk deep into the damp Rawalpindi turf, arms aloft, and glimmering eyes fixated on the pale blue skies. The crowd around him erupts in joy and... Pakistan's spot-fixing shame     The new year kicked off in horrendous fashion as far as Pakistan Cricket and the game's glob...